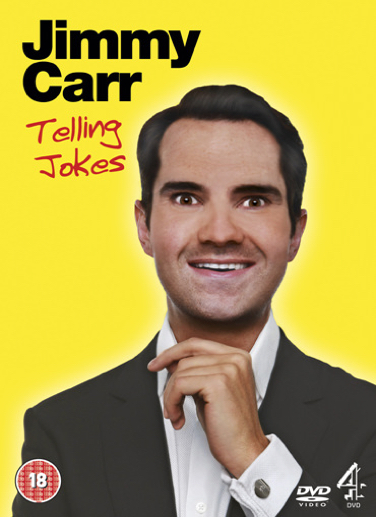 Jimmy Carr, the hardest working man in comedy returns with his most controversial DVD to date, Telling Jokes.

Featuring 90 minutes of material that’s just too rude for television, the new DVD sees Jimmy Carr at his best; unleashing his delightfully crafted one-liners upon the nation and putting down brave hecklers.

Slick, sick and definitely not for the easily offended, Jimmy offers a masterclass in comedy as he takes his dry and sardonic wit to a whole new level. And it seems that no-one and nothing is safe from Jimmy’s cutting remarks as he delves into a diverse range of subjects including religion, sex, bullying and (somewhat ironically) political correctness …

Buy on Amazon
Watch on iTunes